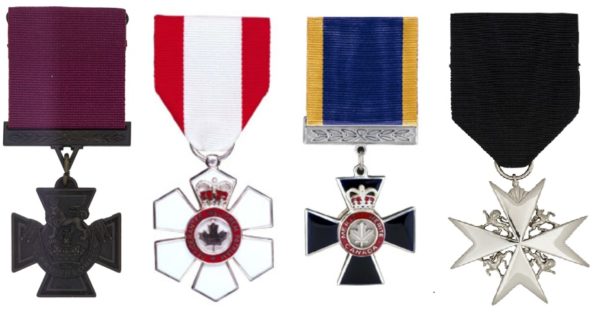 This is a work in progress. Our intention is to record the medals and honours awarded to the officers and non-commissioned personnel of RCEME, and its predecessor RCOC (E) and successors LORE, LEME, EME, and RCEME again. As with any work of this nature, it will never be completed, because members of RCEME will undoubtedly continue to receive awards for valour or service.

There is always the difficulty of what awards and medals to include, and which to exclude. Version 1 included only the awards listed by Veteran’s Affairs, Canada, or the DND Honours List, which excluded many command and unit commendations that were currently being awarded. Version 2 adds additional awards, such as Command Commendations, DGLEPM awards and the Director RCEME’s Coin of Excellence. Undoubtedly, some awards are still not included, and this in no way reflects on the merit of those awards, which are well deserved by the individuals that receive them, but is due to limitations of space, and in particular, access to the information. We are not recording United Nations medals, Canadian Forces Decoration, Jubilee medals, etc. However, the award of the CD to a member who receives another medal will be noted, if known.
The awards are listed in order of precedence as recorded by VAC and DND. Within an award, details are alphabetical by surname, regardless of rank.

An additional difficulty was where to start. A rigid start date of formation of RCEME would exclude a significant portion of the Second World War awards. Inclusion of the RCOC (E) confused the start date. In the end, we decided to include awards to COC and RCOC personnel, where they were clearly filling a function that was later taken over by RCEME. A similar approach was taken for personnel who may have received an award with another regiment or corps, and who later transferred to RCEME/LORE/EME.

The authors appreciate the assistance of LCol (Ret’d) LL Hellemans, LCol (Ret’d) RW Vincent, and Ms Maryanne Lang for their scanning, OCR, and typing assistance.
The authors thank Service Publications for permission to extract and reproduce data from Blatherwick, John, and Halliday, Hugh, Service and Courage, Second World War Awards to Canadians. Service Publications, Ottawa, ON, 2004.The images of the cap badges on the cover sheet are from the British Badge Forum and from the RCEME School in Borden.

Regardless of the version of this document, there will be errors and omissions. Anyone who notices a problem, or who can contribute details, is requested to contact DND.RCEME-GEMRC.MDN@forces.gc.ca.

A Note to Version 3

On 11 November 2011, the RCEME Colonel Commandant accepted responsibility for the control, maintenance, and updating of this document. At handover, the version number was increased to version 3. Version 3 includes a few additions to version 2 that was issued by the authors in September 2011.

A Note to Version 4

At the 2018 fall RCEME Council, the Col Cmdt BGen (ret’d) Brewer stated that this document needs to be updated and this task fell upon the RCEME Corps Secretariat’s Office, which includes the RCEME Corps SM and the Asst SO RCEME. A DWAN wide email was sent through the RCEME Regional Network asking all to review the document and send any errors /omissions they noticed. All of the responses were included in this document.