The RCEME Cap Badge has changed many times since the Corps’ inception.

The following articles and a poem give details and the context for the different Cap Badges:

The first RCEME badge was worn proudly by Canada’s Craftsmen on D Day and in the latter stages of the Italian Campaign. The badge comprised three shields: the cannons and cannonball symbolizing armaments, the lightning flash and the gear wheel symbolizing, respectively, electrical and mechanical power. The shields were surrounded by a laurel wreath symbolizing service and gallantry in battle and surmounted by the Royal Crown. Below was a scroll with the initials RCEME. 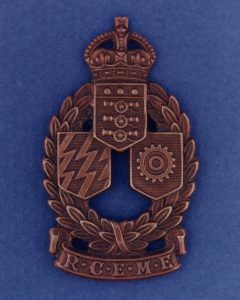 A new badge was struck In June 1949 and adopted the following year.

This badge was very similar to the REME badge. Its official description follows:

“Superimposed with a lightning flash, a horse forcene, gorged with a coronet of four fleur-de-lis, a chain reflexed over its back and standing on a globe inscribed with the Western Hemisphere, superimposed across the lightning flash behind the horse’s head, a scroll inscribed “RCEME”: the whole surmounted by the Crown.”

The horse and chain, symbolizing power under control, formed part of the logo of the Institute of Mechanical Engineers, and together with the lightning flash of Electrical Engineering, was intended to mark the close relationship between these branches of engineering. The globe is indicative of the impact of mechanical and electrical engineering on the world generally. On the officer’s badge, the lightning flash, scroll and crown were gilt, the horse and globe silver. The badge for other ranks was similar to the officer’s badge except that it was in brass and white metal. 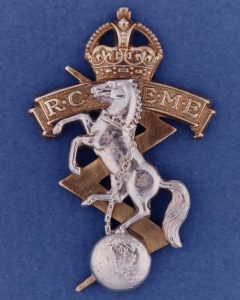 On the ascension of Queen Elizabeth II in 1952, the Tudor Crown was replaced by the St Edward Crown. 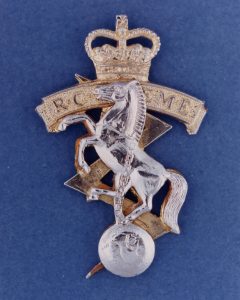 On 1 February 1968, the Act of Unification was passed. This led to the dissolution of the RCEME Corps in January 1970. On 15 June 1970, the official announcement of the Branch’s new name, Land Ordnance Engineers (LORE) was announced. A new badge was authorized 17 November 1973 but was not available for general issue until 1975. The LORE badge was an azure oval on which was superimposed a triangular rotor (the “Wankel”), crossed cannons, and a five-segment lightning flash symbolizing the LORE involvement in the vehicle, weapons and electrical/electronics fields respectively. In addition, the wankel is the symbol of the Society of Automotive Engineering. The whole oval is surrounded by a wreath of ten maple leaves representing the provinces of Canada. Surmounting the oval was the St Edward Crown as the symbol of our Queen. 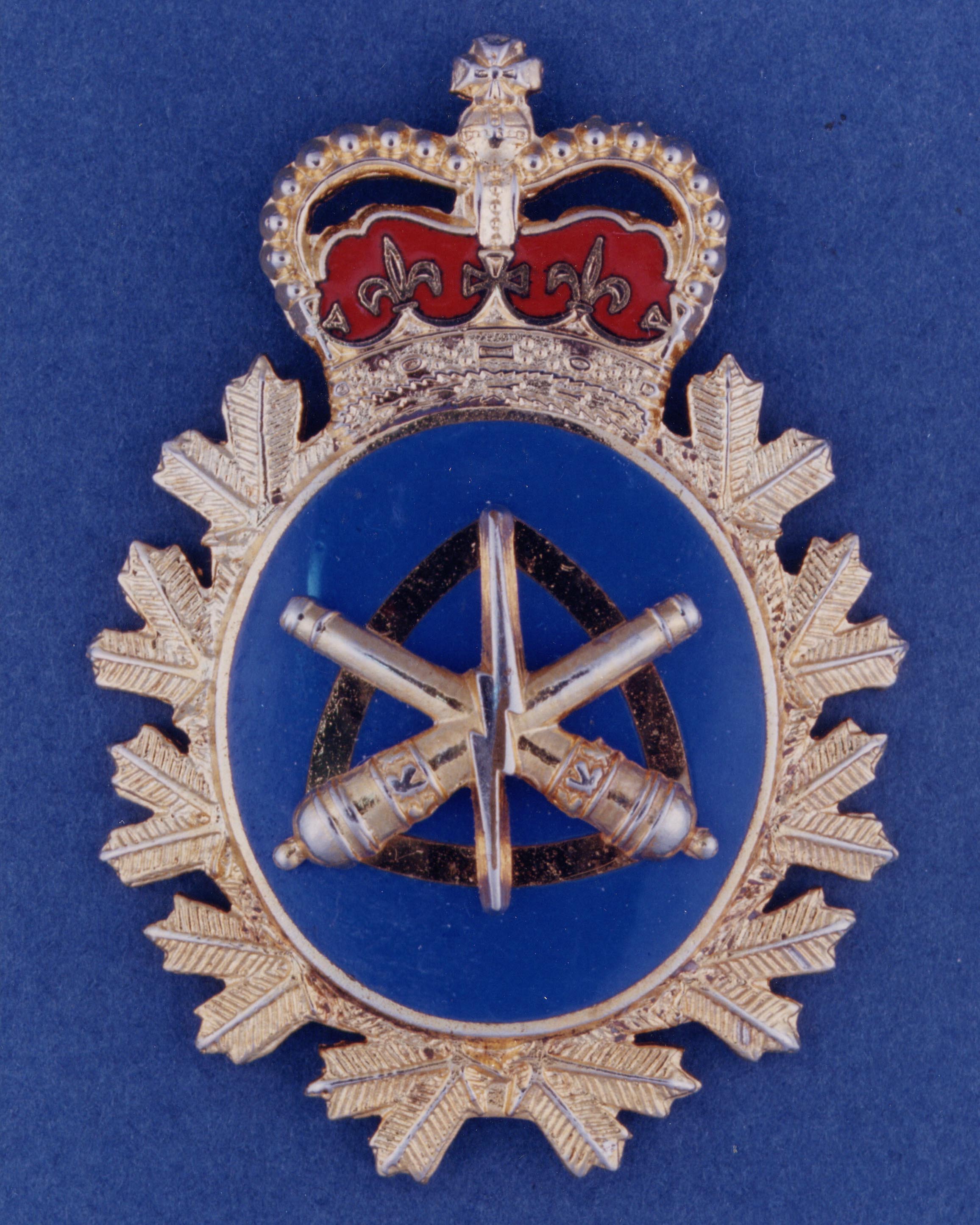 On 15 May 1985, the name of LORE was once again changed, to the Land Electrical and Mechanical Engineers (LEME). In support of this, on 15 May 1991, a new badge was authorized. It is very similar to the RCEME badge used prior to integration except that the horse forcene is gorged with a coronet of four maple leafs instead of fleur-de-lis and the inscription on the scroll is “EME GEM” instead of RCEME. 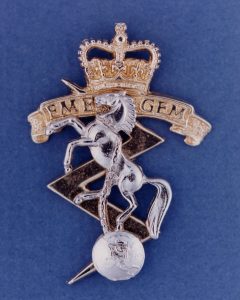