A Week in the Life of RCEME 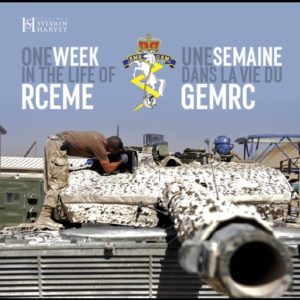 Inspired by Rick Smolan’s Book, “A Day in the Life of Canada”, the Corps of RCEME will be capturing a week in the life of RCEME in photography.  Members across the country were encouraged to get out their iPhones and Samsungs and take interesting, dynamic photographs of RCEME in Action!

Purchase the book at your local CANEX or online here for $20! http://www.canex.ca/rceme-75th-anniversary-book.html. 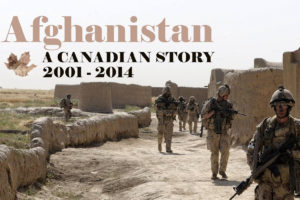 Canada’s largest overseas commitment is Joint Task Force Afghanistan, the formation comprising all Canadian forces personnel and assets deployed in Southwest Asia. Canada has one over-arching objective: to leave Afghanistan to Afghans in a country that is better governed, more peaceful and more secure.

The wonderful men and women you will meet within these pages worked tirelessly to make this happen. This is their story.

All proceeds from the book go directly to the RCEME Guild.

The e-book is available for free on Amazon here.

If you would like a hard copy of the book delivered to your personal address. You can pay by cheque or by e-transfer below. Note the increase in price covers shipping and handling.

Payable to: The RCEME Guild

Fill out the form below and the Corps Adjutant will reply to your email with the e-transfer details. 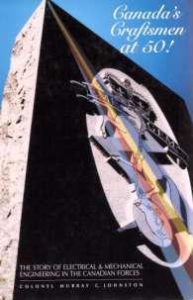 The book is a Corps of RCEME achievement because writing and producing a Corps history depends on the support from all its members – Regular, Reserve and Retired. Nearly 200 individuals contributed articles, photos or gave interviews. So the book is really the story of a close knit group of men and women who have quietly built up their Regimental traditions and who have worked hard as a strong team which can always be counted on to produce. Six hundred of them are mentioned in the book.

It reflects what people expect from the Corps of RCEME – craftsmanship, professionalism and teamwork. The book will inspire today’s and tomorrow’s Craftsmen to do their best for Canada – and, because it is available in either official language, it will also contribute to Canadian unity.

RCEME Soldiers must often work in the front lines. Their valour under danger has been recognized with many awards for bravery. The book records three dozen such awards and includes the names of over 600 RCEME men and women. It is the story of Canada’s Craftsmen who are proud of their record of achievement in repairing and recovering the army’s equipment under dirty, difficult and dangerous conditions – anywhere, anytime.

The ePub version of Canada’s Craftsmen at 50! can be found on google drive here (not available on DWAN) or here. 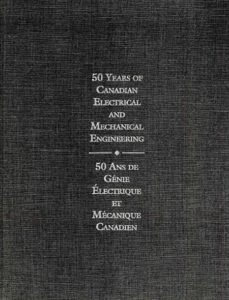 The ’50 Years of Canadian Electrical and Mechanical Engineering’ was written by an editorial team of RCEME personnel to commemorate the 50th Anniversary of the founding of the Corps of Royal Canadian Electrical and Mechanical Engineers in 1944. It consists of short articles, in bilingual format, on all aspects of the Corps including the trades, units, traditions, history, and uniforms as they had developed and as they existed at the time. It was intended to be a souvenir document for all serving regular force and reserve RCEME personnel in 1994. The commemorative document complements the detailed history of the RCEME Corps and its successors contained in ‘Canada´s Craftsmen at 50!’ written by Colonel (Ret’d) Murray Johnston.

The ePub version of 50 Years of Canadian Electrical and Mechanical Engineering’ can be found here.