The Selection of Our Patron Saint

The selection of a 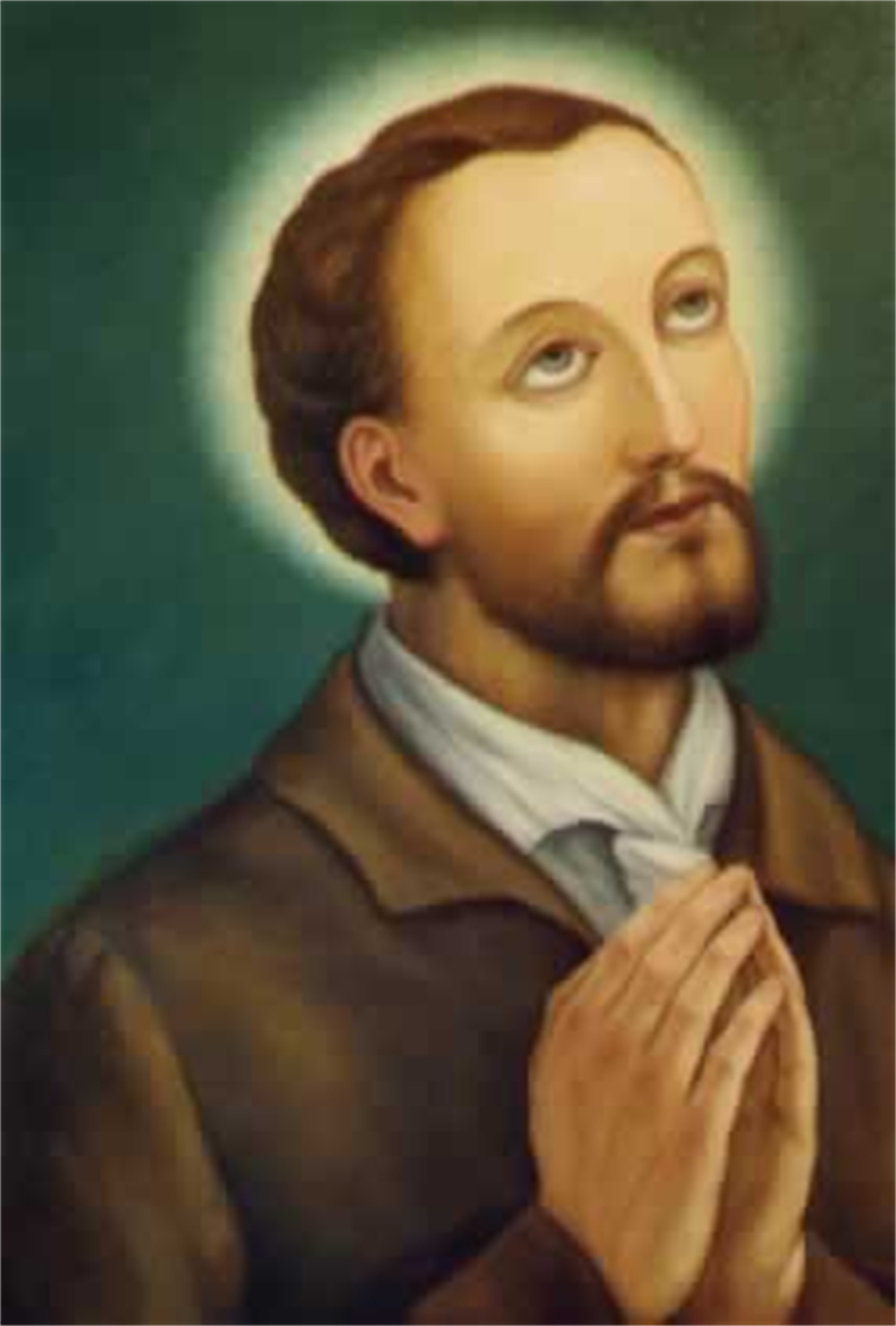 Patron Saint for LEME came about through the initiative of Colonel Gilles Nappert when he was Commandant of the Canadian Forces School of Electrical and Mechanical Engineering (CFSEME). In looking for a suitable candidate, his gaze first fell on St Eligius, the Patron Saint of our sister corps of REME. He discussed this with me (the Base Commander of Canadian Forces Base (CFB) Borden at the time – ed.), and I suggested we look for a saint “with more Canadian content”. Since neither of us had ever met any saints personally, Canadian or otherwise, and felt that we were not likely to meet any in the near future, we sought the advice of Major Pierre Doyon, Borden’s Base Chaplain (RC).

Father Pierre quickly put us in touch with Mrs Cecilia Hartley, an expert on the Canadian Martyrs of the Huronia area. Accordingly, we invited Mrs Hartley to join us for lunch in Borden on 9 Dec 1986. On meeting her, we discovered that her late husband had joined the Royal Canadian Ordnance Corps in 1941 and had been mustered out as a Sergeant Fitter in 1945; he was thus likely a founding member of RCEME. The Hartleys had lived in Huronia for some years after the war, where they had first become interested in the Canadian Martyrs.

Mrs Hartley gave us a vast amount of information on the life of Brébeuf. We learned that he was a true Soldier of Christ whose life revealed qualities of leadership at a rare high level in such areas as courage, integrity, dedication, loyalty, and compassion for his flock. A skilled linguist, he was also one of the few missionaries to fully master the difficult Huron language. He also knew some military engineering, and had a hand in the building of the fortifications and waterworks of Ste-Marie among the Hurons. He revealed his exemplary bravery and leadership by staying with his Hurons when they were menaced by the Iroquois late in 1648, although he could easily have escaped. His dedication cost him his life; he was captured and tortured to death by a large Iroquois war party on 16 March 1649. The site of his martyrdom is only a few miles from the restored Ste-Marie among the Hurons, where some of his remains now rest. Ste-Marie, in turn, is quite close to CFB Borden and CFSEME.

Brébeuf’s outstanding leadership, together with his other soldierly qualities, commended him to us as a highly suitable candidate for selection as our Patron Saint. His close connection with both Canada and the Huronia area, where our school is now located, reinforced this suitability.The RC Chaplain General pointed out that Patron Saints for groups that are not exclusively Roman Catholic are usually chosen from those who lived before the Protestant Reformation. However, the Corps remained convinced that Brébeuf was the right man for us. The Chaplain General thus made an exception in our case, and St-Jean de Brébeuf became the Patron Saint of The Corps of RCEME.